Feel free to email us    info@festivalsofracing.com 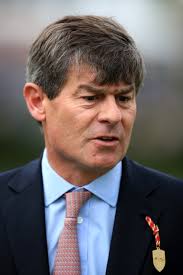 Outbox can send off Newmarket rivals

Some big handicaps on Newmarket’s card on Friday and I have chosen two of them for my bets. Wings of Time gave us a winning finish yesterday (SP 6/1).

Trainer Mark Johnston has won five of the last six runnings of this valuable handicap and as this is a race he clearly targets it is almost surprising he runs just three. However in Oasis Prince he has my idea of the winner.

Unraced until March this year, he has been making up for lost time since. He has already won four times, starting off over 7f, but he has since won three times over a mile. The most recent of those was at Yarmouth two weeks ago, when jockey Jamie Spencer nursed him home.

Spencer retains the ride here and I think there will be more to come from the colt as he attempts 10f for the first time. He gave every indication of staying further when winning convincingly over Beverley’s stiff and extended mile and his breeding would suggest he will stay. Added to that he is drawn right on the inside for the short run to the only, but sharp bend early in the contest.

The least exposed in the field, I think Outbox is a group horse in waiting and can pick up this valuable handicap for trainer Simon Crisford en route to contesting more prestigious contests.

Connections have had to be patient for this backward gelding to come to hand, but he has shown ability and no little stamina already. He won on debut at Ffos Las, beating a useful sort in Spirit Ridge in the process. He then galloped his rivals into submission when making all at Leicester next time.

He took a rise in class in his stride when winning a valuable conditions stakes at Newbury beating the 104 rated Elegiac (a listed winner when last seen) with subsequent Group 2 winner Aspetar back in third. Whilst he met with defeat for the first time at Chantilly on his comeback, he was only just beaten a head by Funny Kid, himself a Group race winner and he is 2lbs well in off 102 today.

Leave a reply Click here to cancel the reply